skip to main | skip to sidebar

What to Know About Cervical Cancer 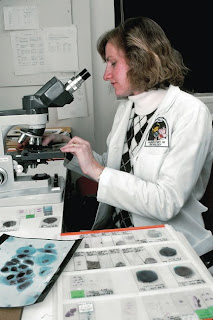 Around the globe, one woman dies of cervical cancer every 2 minutes and some 500 thousand new cases of this disease are seen every year.
In the Philippines, cervical cancer is second only to breast cancer as the most common illness that threatens and kills women.
Cervical cancer is a cancer that forms in tissues of the cervix (the organ connecting the uterus and vagina). It is usually a slow-growing cancer that may not have symptoms but can be found with regular Pap tests.
In recent studies, there had been overwhelming evidence that an infectious agent particularly human papiloma virus (HPV) that is transmitted through sexual intercourse causes cancer of the cervix.
There are a few established possible causes of cervix cancer. Among the few are if the person have had multiple sexual partners, have had sexual partners (regular or casual) who themselves had several sexual partners, have had sexual partner who is infected with human papilloma virus and had first sexual intercourse at a very early age, possibly 15 or 16.
Cervical cancer does not have symptoms. Often, the disease is detected during its advance stage. However, unusual bleeding from the vagina at any time and unpleasant vaginal discharge are the impressions that often lead to cervix cancer.
Since there is almost universal acceptance that cervical cancer is primarily transmitted through sexual intercourse, a one-partner sexual relationship between partners should be observed, a delay on the first sexual intercourse and use of barrier contraceptives during sexual intercourse is recommended.
Cervical cancer is not a disease of old age. The big majority of its victims are women who are at the peak of their biologically and economically productive ages. When a woman dies of this cancer, life is not just simply lost. Rather, a husband loses a wife, the children lose a mother and the family is psychologically, financially and socially destabilized. Also, the country loses more than a pair of productive hands.
Early detection and treatment are the keys to prevent cervical cancer. Also, abstaining from more and more sexual intercourse with different partners can help in eradicating the dilemma of this deadly illness. So, as soon and as early as now, have your Pap smear test and check-up to be much aware of the cancer that killed many lives and is still putting many Filipino women’s lives at risk.
Posted by jayve wall at Wednesday, March 24, 2010 No comments:

Musically inclined UPians gathered once again for the most anticipated acoustic competition in school. Many of them lined up for the audition and hoped their name would make it to the list.
Pinoy Po, an acoustic contest hosted annually by University of the Philippines TAO members, is now on its 7th year. They have been using this as an avenue for UP students to showcase their singing prowess as part of APO's culture.

While the participants were feeling nervous and anxious, the people behind had a tough time dealing with the event. Early this second semester, everything was planned, from the committees up to the sponsors for the event to be made possible.
The bands that made it rented studio time and had a thorough practice to make everything sound perfect. Artists also took their tough time looking for the right song and instrument/s to accompany.

Sins of 1991, one of the bands which made it to the list took their time practicing in the studio for days. They spent a lot of time and money but it was definitely worth it, according to Boni Brendi Abuyog who plays the beat box. As first timers, they were all excited to perform at UP. At the end of the day, they were indeed happy not just performing but also meeting people who shared the same passion with them—music.

They had a tough time choosing on whom to do the second voice since all of them were out of tune. Also, they chose the best song, polished it and enjoyed their time on stage.

University of the Philippines TAO extends their gratitude to the people who made the event possible, especially to the UPians who consistently show their support by performing their songs at their utmost best.
Posted by jayve wall at Wednesday, March 24, 2010 No comments:

The Re-opening of UPVCC'S Second Gate 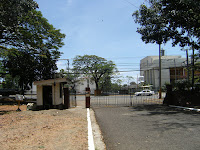 The University of the Philippines in the Visayas Cebu College has at last opened the second gate located near the undergraduate building. But there are still questions on my mind which require much answers:

Those are just some of the questions floating in my mind until I did further research which enlightened all my queries.
Here's a video which I can say, "Oh,this one's for me!"
Posted by jayve wall at Wednesday, March 24, 2010 No comments: 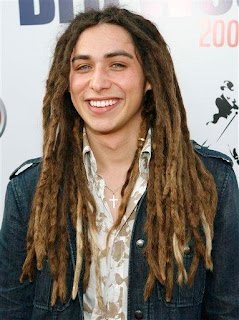 Being a celebrity fan is really not my cup of tea.....
until I met Jason Castro, the fourth place winner of American Idol Season 7.

Marked with the dread locks hair and lovable voice, Castro captivated more than a hundred of Cebuanos during his show at The Ayala Terraces last March 20, 2010.

Being seated at the fourth row and with teenagers shouting his name, I also felt my heart thumped for joy as I witness how he sang the songs intertwined with love and passion.
Mary Rose Avenido, a Jason Castro fanatic I just met, said that she's been overwhelmed that Jason came to Cebu at last after following him in social networking sites like Facebook and Twitter. Also, her fanatic fever hyped when she got the chance to meet and greet her idol and have Jason's autograph on his latest single that she just bought on promo during the show.

I also had the chance to meet and greet Jason Castro and the feeling was so undescribable. I just fell in love with his songs like"Hallelujah" and "Somewhere over the Rainbow" but most especially his carrier single, "Let's just fall in love again".

Jason Castro's music can surely make a person fall in love again-- especially a teenage one like me. Undeniably, I have just became one of his thousands of hundreds of fans and have undoubtedly kept his music playing on my playlist but the best of all, I had just truly and wonderfully fell in love again with Jason Castro.
Posted by jayve wall at Tuesday, March 23, 2010 No comments: 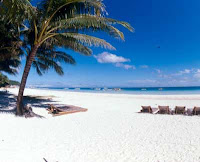 Looking forward to tan lines, white sand beaches and ice cold refreshments among others are inevitable as summer fever is in our grasp. As the semester's about to end and summer is wonderfully unfolding, I happily look back to the days when I indeed had fun and enjoyed my recreation class.
With this, here's a video I prepared not just to remember my recreation class but also to put a smile on my face as I go on with my life as a student holding the memories together and never to break it apart.

How to Deal with Insomnia

In the Philippines, one of the most common sleeping disorders is insomnia. The average person needs 7-9 hours of sleep per night to function properly, and due to insomnia many people aren't getting the sleep they need. Here are some tips to help you get a good night sleep.

1.Make your bedroom a place of rest. Avoid using the bedroom for anything other than sleep so your body recognizes the bed as a place to sleep instead of watching television or reading books.

2. Go to bed at the same time each night and get out of bed each morning at the same time, regardless of your schedule. Sticking to a set schedule retrains your system as to when to sleep and when to wake up.

3.Make lifestyle changes to help eliminate insomnia. Eliminate the use of caffeine, nicotine and alcohol as they all inhibit your ability to sleep and have a direct impact on insomnia.

4. Exercise in the morning hours to rev your metabolism and awaken your system. Don't exercise in the evening hours, especially within three hours of going to bed.

5.Work on reducing your stress levels. Stress, even good stress such as a job promotion or moving to a new home can cause insomnia. Use yoga, stretching or relaxation techniques to reduce the stress and help you avoid the insomnia associated with it.

6.Create a specific bedtime routine. An example of such a routine would be to turn off the television, take a bath and drink a glass of milk before getting into bed. By setting a routine, your body learns that these specific steps lead to sleep and helps reduce or eliminates episodes of insomnia.

7.Try some natural ways of relaxing your body for sleep. Take a hot bath. Just don't make it too hot or stay in it too long. You want to relax, not exhaust yourself. Get a massage. If your significant other has magic fingers, take advantage of them to relax those muscles and prepare them to allow your body to sleep.

8.If nothing else works, you may require the assistance of a professional. Ask your physician for a referral.

Election is fast approaching. Well, many of our dear politicians are calling our attention once again. As a matter of fact, they are given enough time to campaign and promote their names as much as they want to but then, more often than not, majority of them end up in early campaigning.

Though these politicians are constantly denying the allegations that they started early campaigning, they seem to be insensitive of the Filipino citizens' call for just and fair election campaign.As we all see in our streets and even anywhere, politicians started to litter and flood them with their billboards, tarpaulins and the like to promote themselves. They also compete with the greeting during fiestas, birthdays and the like. Had it been without the air of election, these politicians wouldn't spend a dime on these paraphernalia.

A submitted article from the Multiply site of Boto Mo, iPatrol Mo would attest to the premature campaign of politicians.

While they are aware that they are campaigning prematurely, they would then defend themselves by saying that it's not campaigning yet but just merely showing gratitude to some people.

It is very obvious, even with our own two naked eyes how some of them abuse power and money to make those less fortunate politicians who patiently wait for the campaign period, lag behind them.

These politicians somehow touch of sense of intelligence by advertising themselves and blatantly asking us to cast our vote for him/ her.

Now, the question is how come the Commission on Elections remain blind sighted in all this issue? We haven't heard of politician or someone whose attention has been called by the Comelec due to early campaigning.

So far, they haven't done something regarding this issue which happens when election is upcoming.

Meanwhile, the Supreme Court does not hold a candidate liable for any offense before the start of the campaign period. It promotes premature campaigning but still it doesn't ring a bell for me. Campaign period is given so with that short span of time, everyone has their own chance of being heard and known of.

I believe that the very reason why election campaign period is made is to give equal attention to politicians-- be him rich or poor, to promote and be known to the public. Unfortunately, the can afford ones always opt to go ahead and thus make their way in early election campaign.

As for the upcoming years, hopefully, politicians would be too kind enough to deeply understand the campaign period given by the Comelec so that this dilemma wouldn't happen all over and over again.
Posted by jayve wall at Wednesday, February 10, 2010 7 comments: